Widening the spectrum of rich, cultural, diverse talent is at the heart of our work. 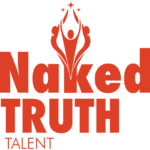 We are a culturally diverse team, focused on change. Diversifying the narrative surrounding the lack of opportunity for marginalised groups means Naked Truth PR stand in the gap and act as a bridge to underrepresented talent by creating access to visible platforms.

Recently ITV admitted that one of the U. K’s biggest TV programmes, This Morning, has never had a main black presenter since it launched 32 years ago. Hollywood has made “no progress” in on-screen representation over the past decade and we are seeking to change the racial lines and imbalances at play.

Our team is committed to increasing inclusivity, visibility, and works with underrepresented groups in fashion, sports, entertainment, and the creative sector. 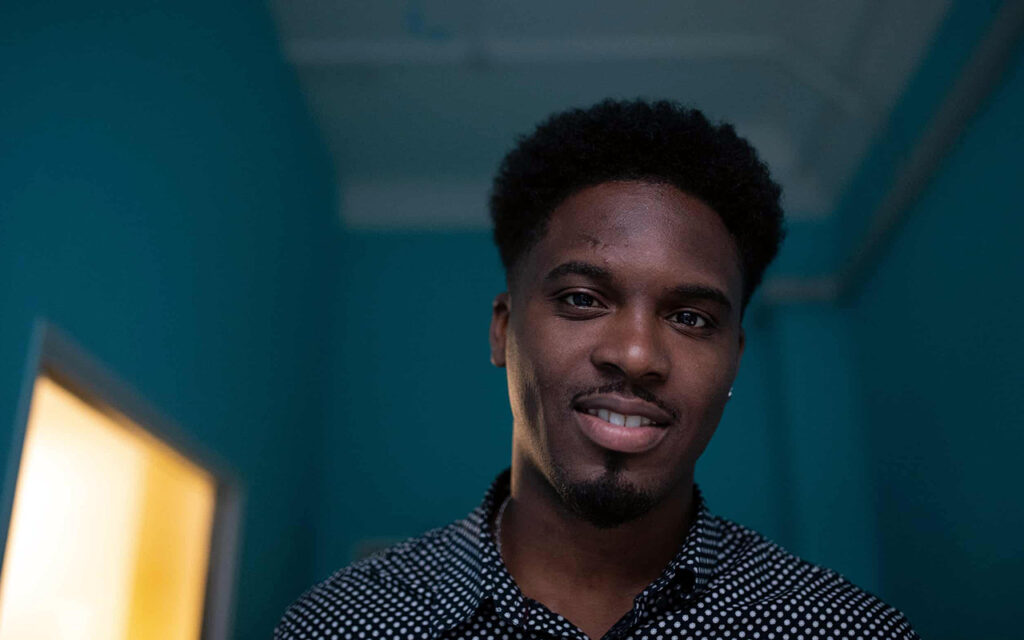 Amani Simpson was stabbed 7 times when he intervened in a friend’s dispute over stolen goods that quickly escalated out of control and saw him confronted by a 20-strong gang.
Since then he has dedicated his life to empowering young people through digital media, events and personal development under his social enterprise Aviard Inspires CIC.
This year, Amani produced a powerful short film about his life starring Joivan Wade (Doom Patrol, Shiro’s Story) which amassed 1 million views, in just 4 days.

Amani is using his short film and story in schools, alternative provisions and events as a tool to transform the lives of young people across the country. He has recently been named as the North London Ambassador for the Mayor of London’s ‘London Needs You Alive’ campaign and nominated for a National Diversity Award.

Now a motivational speaker and community worker, he is aiming to crowdfund £15,000 to support making a short film telling his story, as he seeks to divert teenagers away from crime. 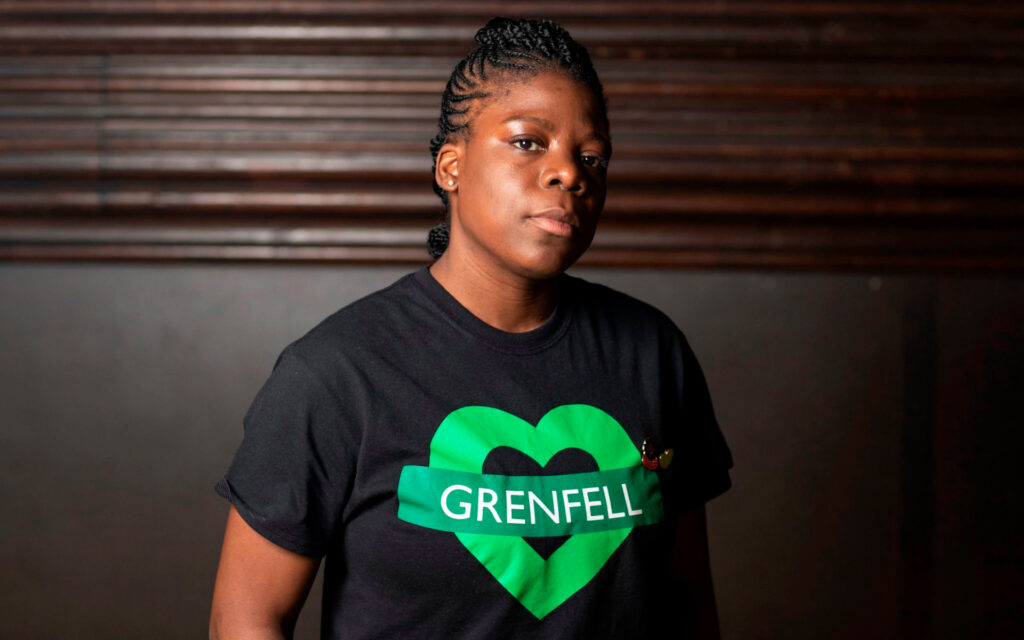 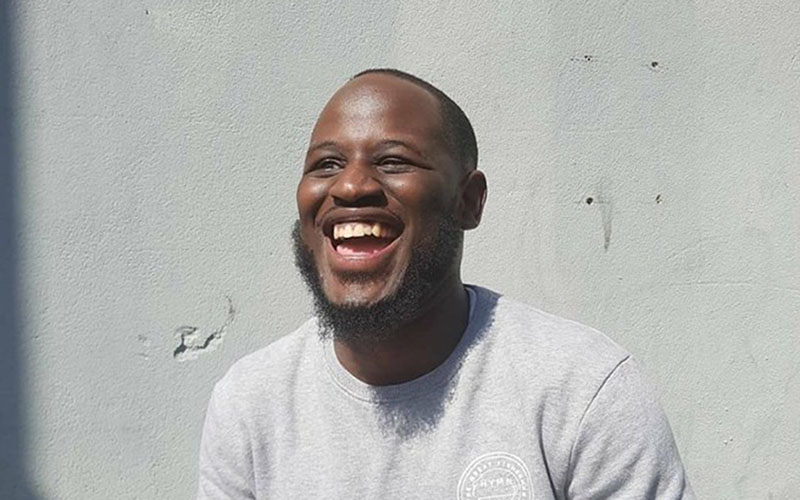 Described as the UK’s leading ‘super manny’, Hackney’s Joss Cambridge-Simmons is taking modern childcare to the next level.

Multi-talented Joss Simmons is the founder of Jossy Care, a childcare service that has set tongues wagging. Now frequently invited to deliver motivational talks on topics such as depression, domestic violence, children and the future, Joss is defying the odds to give back to the next generation.

Witnessing his mother suffer domestic violence had a profound effect on Joss. However, his positive approach is what is gaining him the attention of parents, practitioners and the media. His finger firmly on the pulse, Joss knows only too well where many children who have the odds stacked against them end up. “I know people who have experienced similar situations to me or even worse. They are functioning but have turned to the roads, or use drugs, alcohol and even sex as a vice.” Dealing with domestic violence was an introspective process. In the early part of 2017, Joss gave his first public talk about his experiences and hasn’t looked back.

Keen to address the stereotypes in the childcare industry, Joss has spoken out on the topic of male nannies being refused jobs on the basis of their gender and the difficulties they face.
‘Over time I’ve realised being a male in the industry I am in isn’t the norm. This is why I have set about breaking stereotypes and changing culture.’

Recently Joss was featured in Time Out, Hackney Gazette, East London Radio and has been nominated for a National Diversity Award. 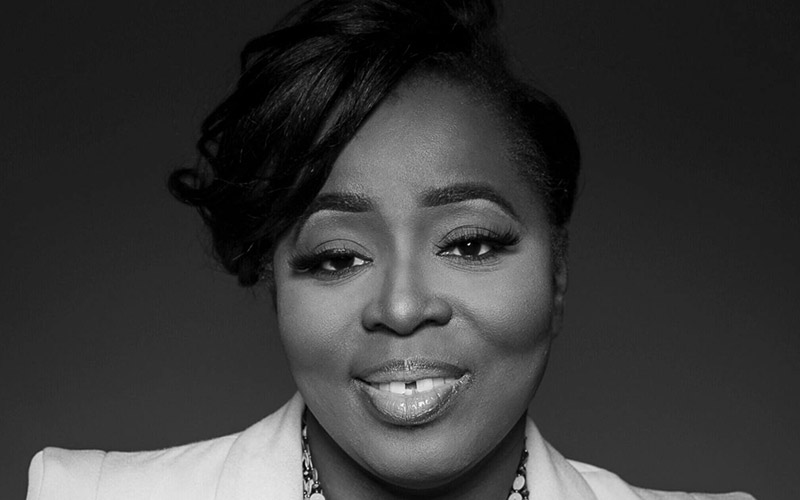 Elaine is the mother of two award-winning children who were endorsed by MENSA when they appeared on Channel 4 series Child genius in 2015. Elaine's experience in raising genius children and securing them at top boarding schools with music and drama scholarships has led to parents reaching out to her asking how they can get the best out of their children at home and in the field of education. 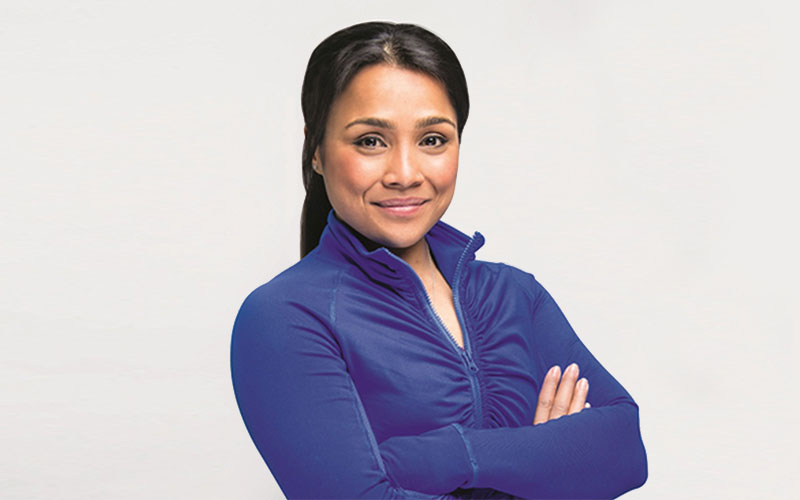 Nazia Khatun is an award-winning fitness specialist.
Her resilience and determination to empower other females comes from her own experience struggling with an eating disorder which robbed her of happiness, self-worth and self-confidence. Having turned to fitness with, Nazia incurred injuries that had a damaging psychological impact on her mental well being.

As a former boxer, it equipped her to build an unshakeable mindset as she slowly recovered from her eating disorder. Defying stereotypes from an early age Nazia also battled with fitting into a role as an athlete and what was accepted from her as a Bangladeshi female. 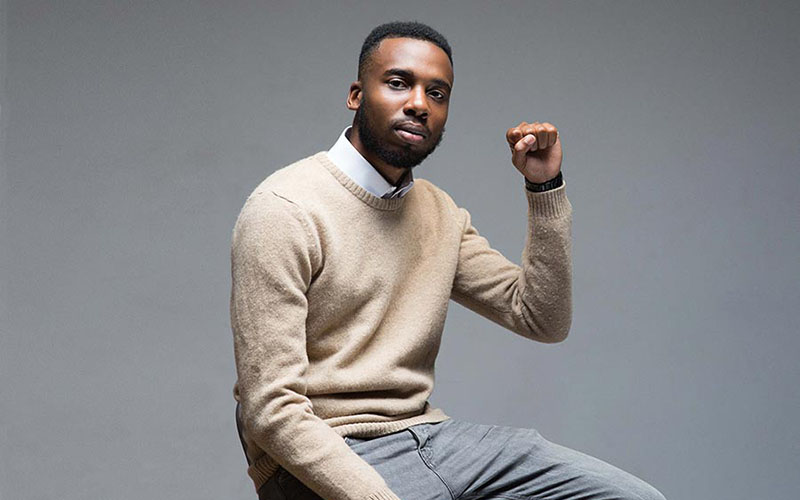 Described by Huffington Post UK as a "young rising star making waves in UK politics," Kenny has written influential & award-winning publications and has led on innovative partnerships with global brands such as Uber, Tinder and Deliveroo, on campaigns to get young people registered to vote and turnout in UK elections and the EU referendum.

His work in both the worlds of research and politics has taken him around the world to countries such as the United States, Brazil, Austria, Tunisia, Israel, and Hong Kong. Recently, he was named by Impact Squared as one of 100 young leaders (under 25) across the globe making a social impact to transform our world and he sits on the advisory board of the Queen's Commonwealth Trust. 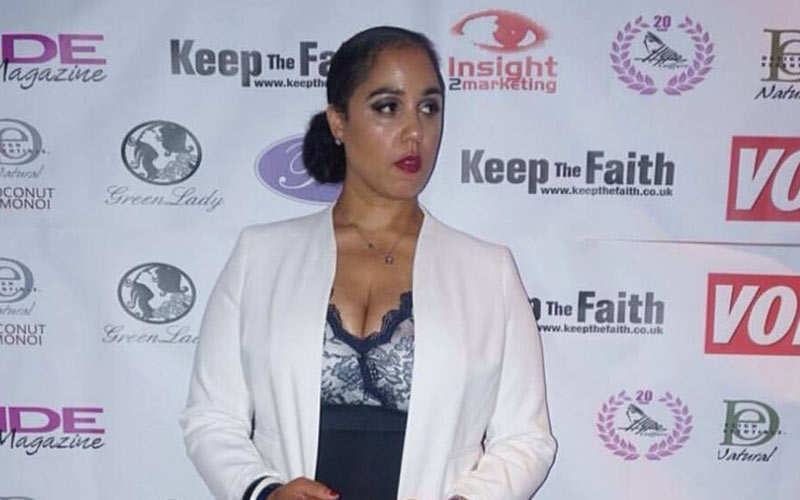 Marcia Brock became the UK’s youngest Microsoft female engineer and followed up with being the first Black woman to complete the Cisco Wireless Networking qualifications.
Having founded "Founding Smart” a Project Management company, in early 2000, Marcia has been a part of numerous projects helping to bring the brand “Smart” and more to the world. Marcia is now classed as a Thought Leader after founding Trinity Collective, Smart World, SmartKid, Rock Brand, Brown Talent, London Bridge Ladies Who Latte, co-founded WeRockTeam with movements called AllGirlsRock and AllBoysRock, Unity in the Community, Black Love, Wealth Makers, Forex Education plus more.

Jamala Osman is a 24-year-old social entrepreneur and former Bank Manager at Barclays plc. She was one of the youngest ever bank managers in the country and was tasked with running her first branch at the age of 21.

Having had a difficult start to life, her dramatic turnaround inspired her to create pathways and programmes for other struggling individuals struggling to help break down barriers. Winner of Great Britain and Ireland's Young Citizen Award for 2018 and Chair of the National Young Apprentice ambassador network; Jamala is on a mission to help bridge the gap between young talent and organisations.

Daniella Maison BA (Hons) MA is the punch-packing writer best known for her article series ‘Black women and Hip Hop’ which went viral in 2009 and gained her critical acclaim.

Daniella Maison has most notably spoken on issues of feminism, FGM and honour killings, appearing in Emel Magazine, Hard knocks radio, Peace TV, New Nation, Black Thought Radio and the BBC. A Masters graduate of Royal Holloway University, Maison wrote The Exposé after high demand from her global supporters. The N-Word is her latest contribution, featuring a foreword by Benjamin Zephaniah. 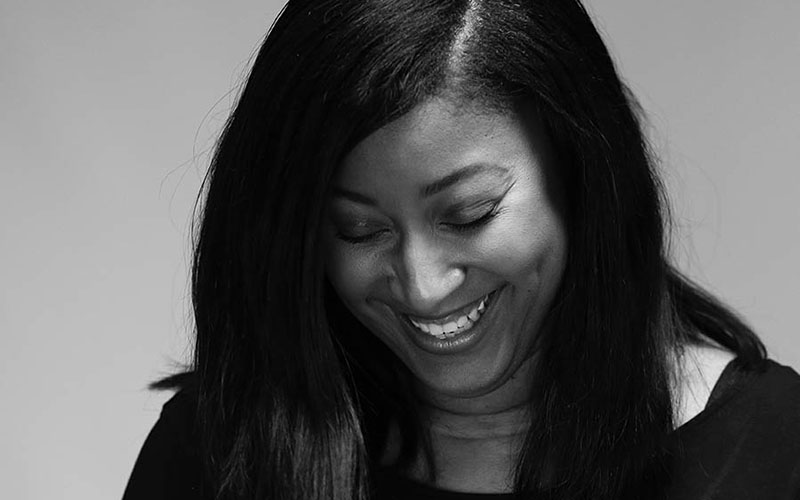 Having travelled the world in her mission to empower women all over the globe, studied extensively, and consistently implemented her method for female empowerment; Dr Rhiney developed You-Ology as an accessible and applicable method for change.

The Natwest Every Woman Award winner has recently been awarded a British Citizen Award for her positive contribution to educating and empowering young people. Former LUR Live presenter, Dr Rhiney is the host of ‘Tea and A Chat’ and has appeared on the BBC, London Live, ITV and several global platforms. 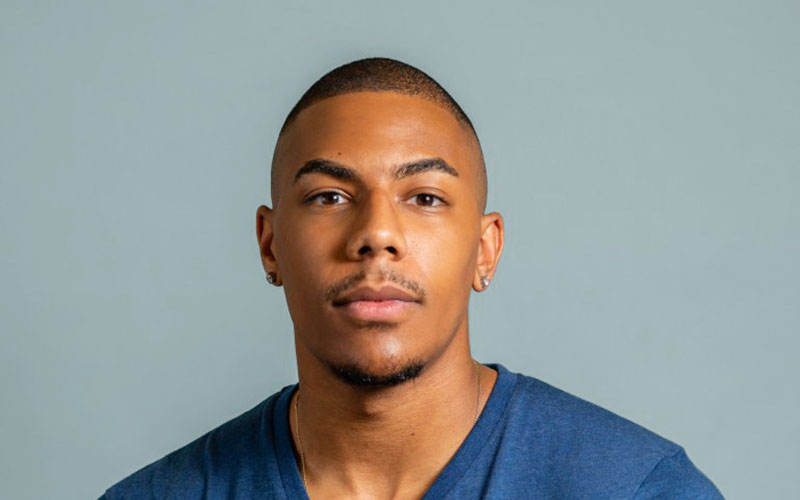 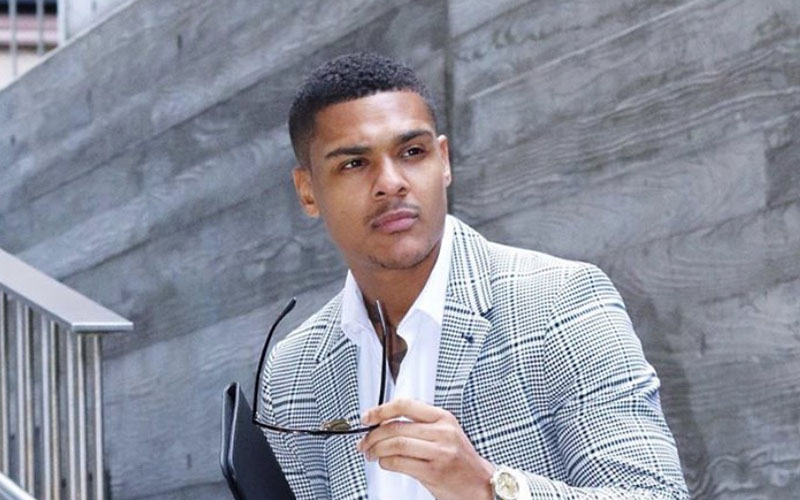 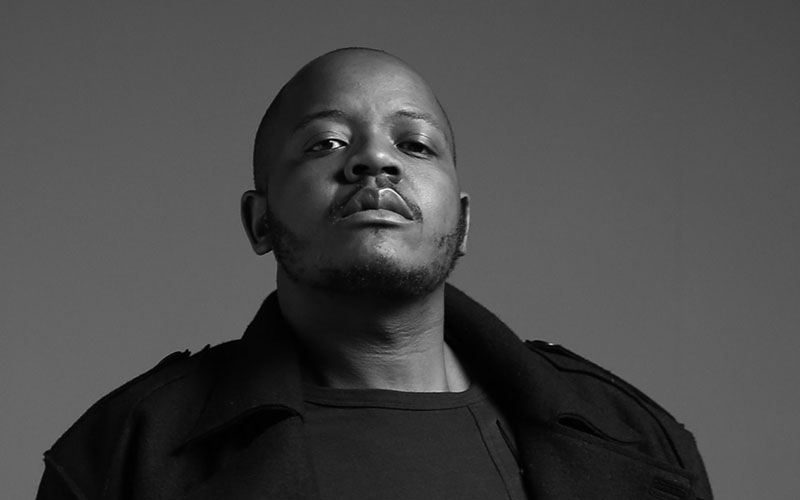 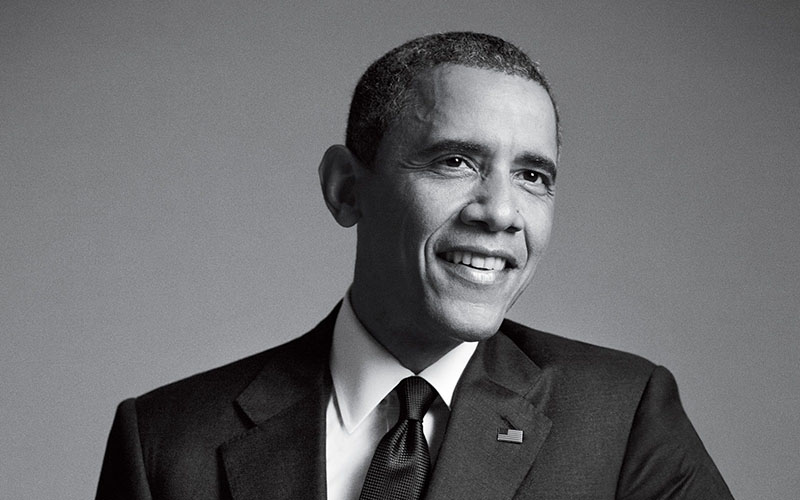 Book a member of our team

If you would like to make a booking, please complete our booking form

If you would like to know more Get In Touch