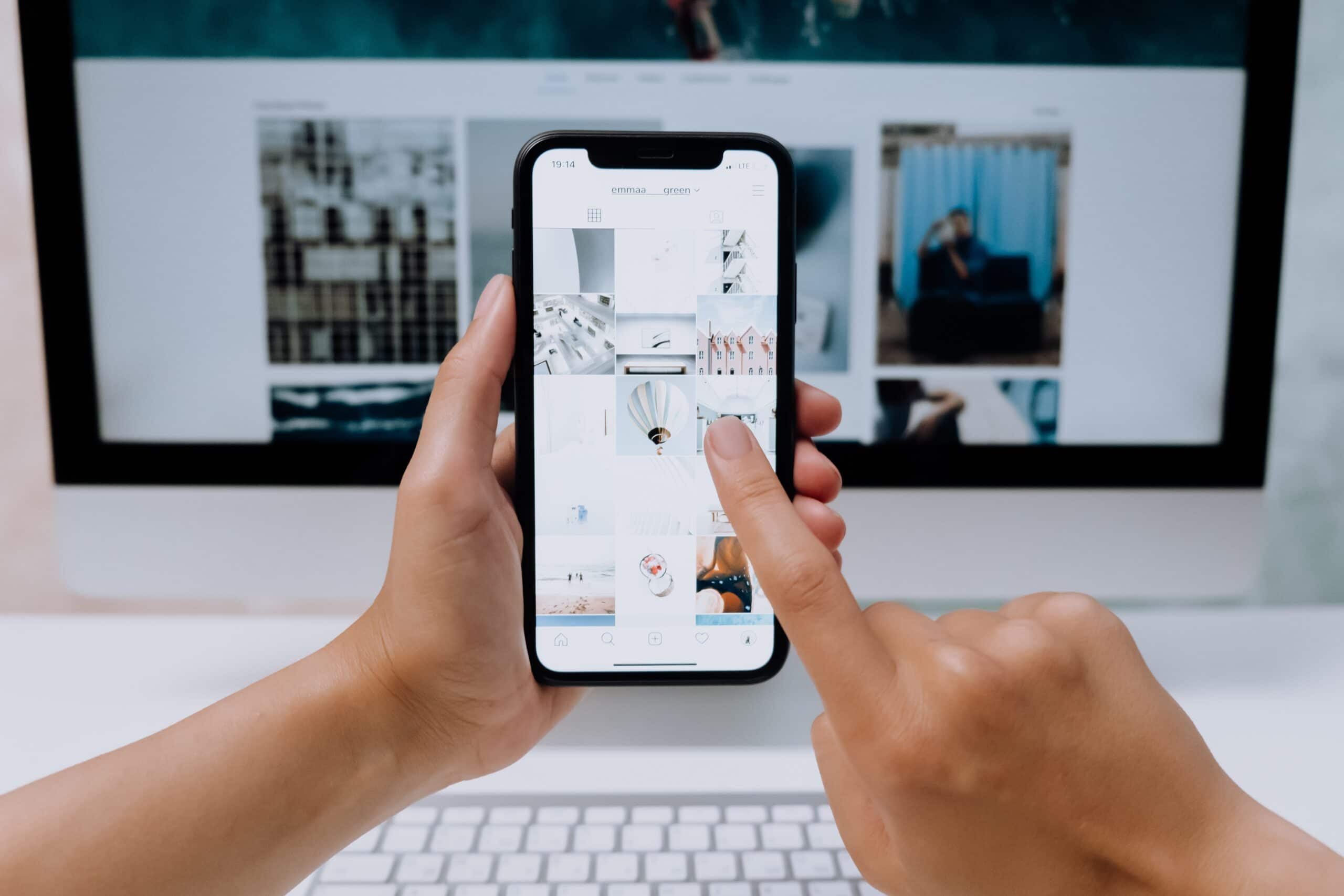 Home » The Pressures Of Social Media On Young Adults

Thanks to technology, social media is now a large part of most people’s lives. Recent statistics put the number of UK active social media users at 57.6 million — that’s 84.3% of the population. Social media has become ubiquitous as a useful tool that allows users to unite, communicate and share experiences, news, images and much more.

As a platform for activism, social media’s popularity is unparalleled: around a third of social media users reported using social media to show support for a cause, encourage people to take action about issues, or look for protests in their area in 2020. Social media can uplift important voices and stories that are under-represented in the mainstream media; it can drum up support for essential causes, and it can educate people about social issues.

However, like most tools, social media has its cons as well as pros. Researchers have found a link between social media use and an increased risk for depression, anxiety, and loneliness. With Snapchat, Tik Tok, Twitter, Instagram, and other social media platforms now being used by so many young people, it’s important that we carefully consider their impact on young adults’ well-being. In this article, we’ll explore some of the pressures that social media is exerting on the mental health and self-esteem of young people.

In 2019, a study of more than 12,000 13 to 16-year-olds conducted in England found that using social media more than three times a day predicted poor mental health and well-being in teens. They found that social media use was linked with increased feelings of inadequacy, dissatisfaction, and isolation. In return, these feelings negatively affect people’s mood and worsen the symptoms of depression, anxiety, stress, and social isolation.

The impacts of social media use also vary depending on demographic factors such as age and gender. For example, one study found that girls who spent an increased amount of time using social media between the ages of 11 and 13 would feel less satisfied with their lives a year later, although this wasn’t the case at other ages. Similarly, 14-15 year old boys saw the same effect.

Other health problems associated with social media use include disrupted and decreased sleep, which is linked to memory loss, depression, and poor academic performance.

Why can social media have a negative impact on mental health for young people?

As an individual you’re told from the start that engagement on your profile is key to ensure that you’re seen as popular within the social media world. Almost like a popularity contest in schools, we’re all fixated by the number of followers, likes, comments, and shares that a single post must get. With 90% of young adults on social media, it shows that we are teaching the youth today that this is the image, and behaviour that we need to show to remain popular.

With Instagram giving users the ability to remove the likes figure for others to see from posts, it just clarifies that there is a large issue here that needs to be addressed and that the fixation of a ‘successful’ post is top priority.

The adolescence period is a vital time frame of anyone’s life. It’s the time when you determine who you are as a person and your individuality within the world. Social media has a great impact on this. On social media, everyone is so fixated on their image and whether others will like what they post. We’re all constantly exposed to what society believes is the ideal body type, constantly comparing ourselves to unrealistic standards, and going to levels of manipulating the image on photoshop to ensure that our figure fits the ‘ideal image’ of what our bodies ‘should’ look like.

Given that three quarters of mental health problems are established in people by the age of 24, it is vital that we discuss and resolve this issue of body image and perception in social media for young adults.

In the year ending March 2020, it was found that 19% of 10-15 year-olds in England and Wales had experienced cyberbullying, equivalent to 764,000 young people. However, little is done to tackle the online harassment that happens on social media platforms; that same study found that more than half wouldn’t describe the experience as bullying while more than a quarter never reported the cyberbullying to anyone.

What is it that makes us assume cyberbullying is less serious than physical bullying — that the online world is somehow less real than the physical world? We can speculate that this may be because this online behaviour is so normalised. People of all ages are subjected to offensive and hateful comments online, social media platforms are hotspots for spreading hate, lies and abuse that can leave lasting emotional scars on individuals and their families.

Online bullying and harassment also does not affect all demographics equally. Data collected by Amnesty International found that women are far more likely to experience abusive language on social platforms, women of colour are significantly more likely to receive threats or other types of toxic messaging. Misogynistic, racist, and homophobic comments are frequently directed at people of all ages online; the horrors of cyberbullying are not limited to young people.

Social media use: do the pros outweigh the cons?

With all these problems associated with social media use, the question we should be asking ourselves is: is it worth it? With everything that has happened on social media over the past few years we are still allowing people to influence and determine what our bodies should look like and how we should act, just because that body type looks ‘better’ and that style of outfit and pose is currently ‘trending’; we should completely forget about individuality and allow others to control our lives on social media, making out that they have the ‘perfect lives’ and the amount of likes and followers should determine our popularity within this world. Let’s get individuality back into our lives.

As a collective, putting pressure on ourselves because of social media can have negative effects. Anxiety, body dysmorphia and depression are the most common mental health disorders caused by social media. For me, social media seems so poisonous at times, bragging about what you have, making your life seem better than it is because you’re actually posting what you want to show off, and sometimes you can be publishing information out to the world that shouldn’t be aired. Why can’t social media be a healthy place to be in? We’re all so keen to place our own opinions onto a post, TikTok video, or Snapchat story, yet most of the time, if it was said in person, those negative comments wouldn’t be published because we would not have the screen to hide behind.

To end this article on a positive note, a recent study conducted by Aberdeen University and Wollongong University, Australia, found that social media use for up to three hours a day was linked to teens having better problem-solving skills and having fewer fall-outs with friends. A maximum of around three hours seems to be the ‘Goldilocks’ rule, the study found; teens who use social media for more than four hours on a school day had more behaviour problems and lower self esteem. This suggests that it is possible for young people to continue using social media without suffering negative impacts on their mental health and well-being, using social media in a healthy way to socialise, have fun, and engage in online activism.

So, take a break from the screen, live in the moment, don’t worry about posting content that everyone’s posting or what you believe they’d like to see; post what you want to post. Empathy requires that we slow down and patiently consider another person—something that may seem difficult to achieve with an overload of social media posts and rapid-fire responses to content. When technology is your servant rather than your master, it will help you keep in touch with your friends and family and even draw you closer to them, so don’t allow social media to control you.